The late Giuliano Preda didn’t joke when he decided to continue the production of the Zanotti side by side. Not something vaguely resembling, but a gun as the one that was built by a mature Giacinto and brought to perfection by his son Stefano. A gun equal, until the last screw, to that of the old of the Bologna school. The Zanotti creature was compared, between the two world wars, to the best European production and it was necessary to maintain this dignity also in recent times, when the baton passed in the hands of Giorgio Simoni. No shortcut, no convenient alternative, that was the side by side in the Gold Age and such it had to remain.

Natale Fabbrizioli, left free from choiches of others, has engraved on the steel a naif vision with great evocative power. A tangled forest, born by the jaws of a monster, spreads all over the action with tireless energy. Among the vegetation a deer try to resist to the dogs assault, escaping boars burst out, a raptor shows its rapacious profile. 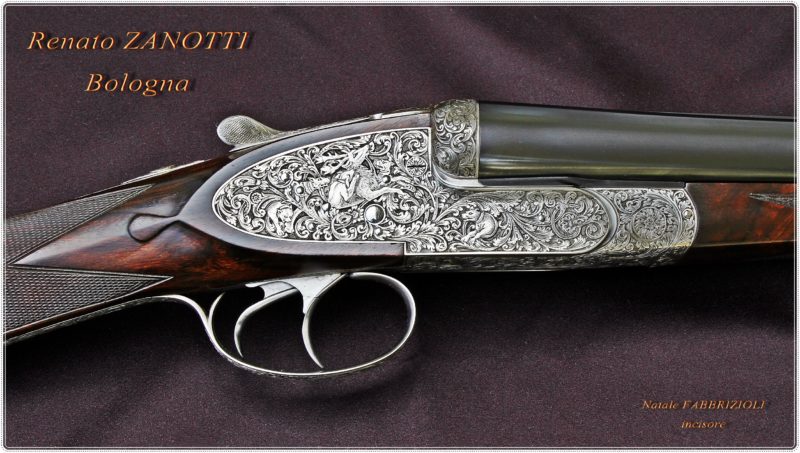