The history of the breech loading gun using fully self-contained cartridges starts with the shotgun made by Pauly in 1812.

The gun made by A.J. Robert, patented in 1831, is a Pauly-like one but handling improved and, most of all, using a less critical cartridge than the 1812 one.

Robert looks to the primer that Joe Manton patented in 1818 and realizes a cartridge with a thin little copper tube protruding from its base which contains the mercury fulminate.

We can only admire its design, handling and most of all its profetic functionality.
The opening of the breech cocks the tumblers. Closing the breech while pulling the triggers the tumblers are uncocked without risks of accidental firing.  The gun has cocking indicators.
In 1870 when the hammerless wil be introduced, it will be guided by these rational principles. 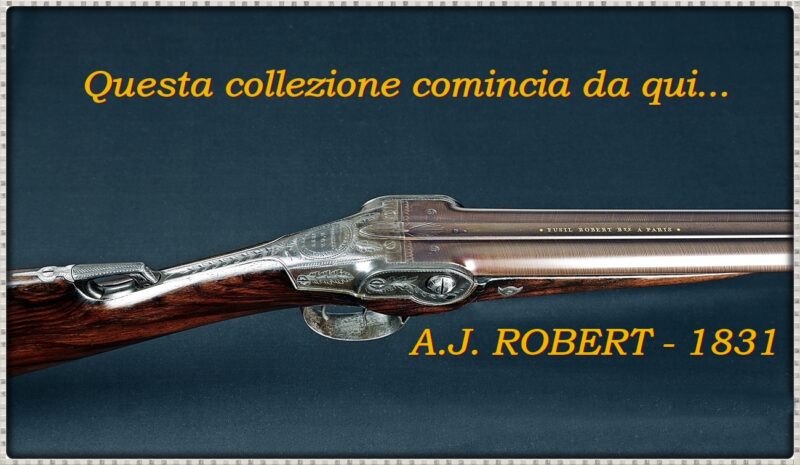