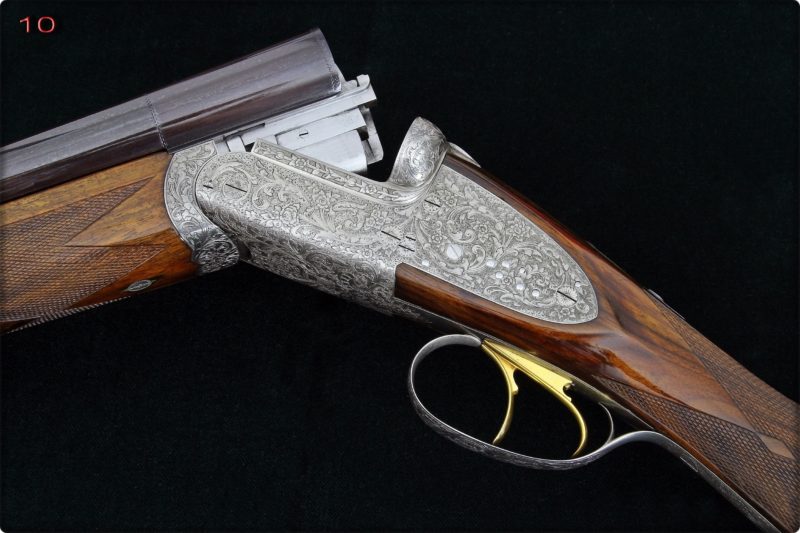 Soon after the 2nd World War Salvatore Cortesi developed a gun with three barrels inspired by the germanic drilling, this one, however, is generally disharmonious in the rare version with three smooth barrels, due to the excessive height of the frame.
Cortesi has been able to reduce the frame’s dimensions using a “Boss” approach for the closure, the result is a gun with profile and handling typical of a side by side.
Around the world there are about 70 triple barreled guns made by the Cortesi family, a few from Salvatore in Rimini and the others coming from the workshop in Vergiano, and no two are the same.

The first three barrels gun made by Cortesi from Vergiano

It was necessary to adjust the complicated mechanism; the effort for the construction of the two specimen took four years.

Both guns have been engraved by Natale Fabbrizioli; this one has a straight hand grade 4 walnut stock with an engraved bone buttplate.
The talent of Alfredo and Virgilio Cortesi, something that goes beyond the ability of a skilled gunmaker, is revealed only when this first triple barreled is disassembled and analyzed.