The three-barreled gun by Cortesi.

A Magician took a side by side, an over and under and a semi-auto, he distilled all, gathered the three essences and obtained a unicum of exceptional fascination. A side by side with three chokes, the three shots of a semi-auto, but on which you can choose the first cartridge to be shot, the lumps on the sides of the lower barrel, that barrel that you don’t see but you know that there it is. Everything with a normal design, size and weight.

That Magician was named Salvatore and Cortesi continues realizing the three barreled gun, more and more refined. Between the two world wars it was made by Branquaert, Ferlach in recent years produced some medium-bore with three smooth barrels. In central Europe the combined gun has been always used, but it is not a three barreled, it is a side by side or a rifled barrel as needed but it does not allow three shots in the single case.

I go hunting with it, balanced and efficient as the best English, it is possible to bring it break-opened on the shoulder without uncertainties, elegant and unique it gives to you the pleasure of the hunt even in those days where there are few preys. 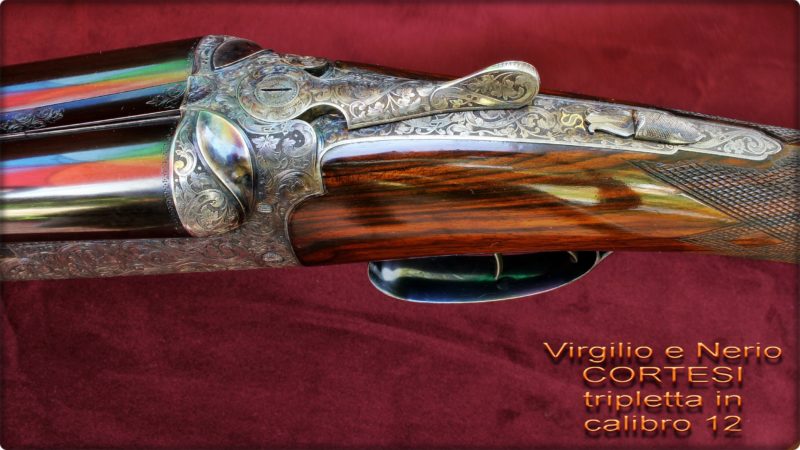