In the early 20th century the side by side mechanical reached maturity. In the previous 50 years everything was thinked, realized and evaluated. Rjected the cumbersome solutions and those uncertain functioning, step by step, it was refined what resulted efficient and practical. It was reached a gun with mechanisms no longer improvable and, most of all, it was not possible to imagine it different.
Our Toschi, as all the other 20th century capable gunmakers, not being able to make the side by side different, was forced to do it well to stand out and succeed. And he made it aiming at the top. English barrels drilled by Kilby, demibloc lumps that fit in the action as well as possible, reliable H&H locks, refined ejecting system, automatic safety. Everything adjusted, joined and finished as the best Romagna tradiotion wants.

Is this side by side beautiful too? Who prefers engraved weapons will find it poorly finished, who is sensible to shapes and volumes will appreciate the clear substance of this gun. It is at first sight Toschi. Take it or leave it. 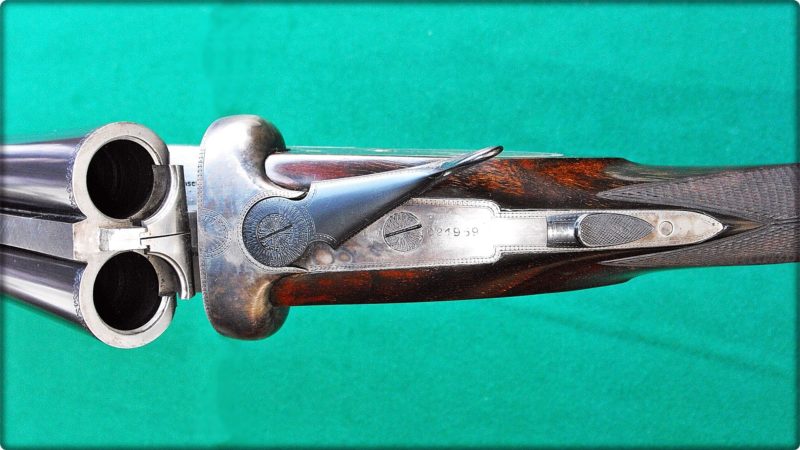