For a good understanding of thi side by side it is necessary to remove the stock, otherwise it can be considered a copy of a pigeon shooting Purdey. It is not our intent to say that it is better or worse than the other, but only that the most capable gunsmiths have solved the same problems adopting different measures in the few space that the modern side by side gives.

Brancquaert enforces the breech face of the action with a massive back, hidden by the wood, and keeps the action flats a little short. He doesn’t have to dig a lot the sides because the chosen lock doesn’t need cocking levers. The renowned Purdey mechanical allows also the automatic opening of the barrels, so that the shooter can gild the truculent activity with the aristocratic English habit of the self-opening.

Once the stock has been reassembled, shapes and volumes assume proportion and distinctiveness. The action, crowned by the fore-end iron refined profile, seems long.

Once obtained an unwavering structure, Brancquaert softens the volumes making them out of a pronounced frame that contains and generates the top rib, the ball fences, the lever and the sides, strength varies in solid elegance. The pertinent engraving by H. Corombelle completes the work. 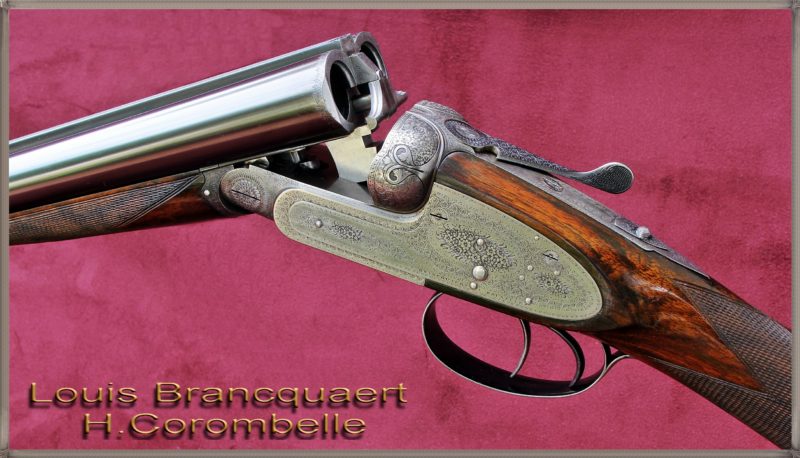