A project that was born of the collaboration between Daniele Perazzi and Ennio Mattarelli, it’s probably the most known gun in the ranges, for over 50 years it is still among the most highly regarded and used worldwide.

It is not necessary to talk about its characteristics and qualities, the engraving is the peculiarity of this specimen. A magnificent example of the ability and personality of Mario Terzi: he has been able to grant the wish of the owner, who wanted the gun used by all the shooters, but different from any other one, he has shaped a fully customized engraving. 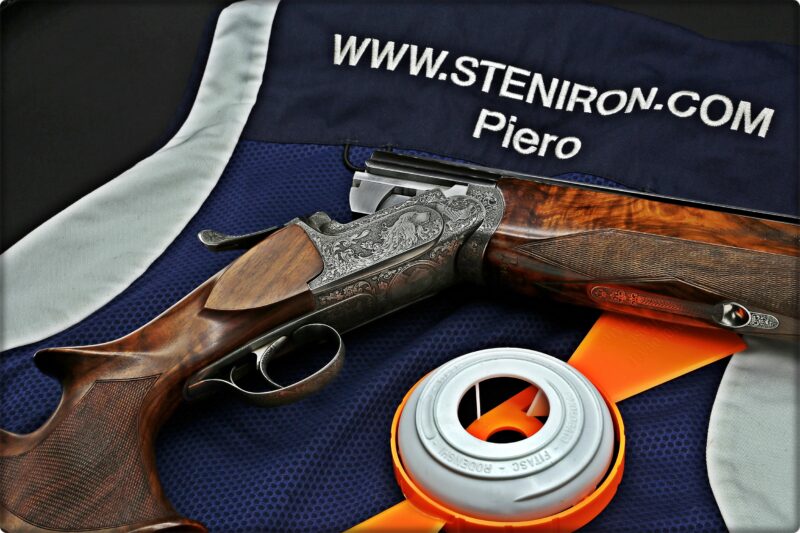