Bottega brothers, considered professional mechanics and amateur gunmakers, made 56 guns in their workshop since the end of the 2nd World War and until 1965.
We know very little about them, they appeared and then disappeared in a short period of time, as a mysterious meteor.

This over and under, numbered (10)54, is designed with clarity and skillfully made; all of its parts are machined from solid, also the monobloc are machined from solid and they bear Boehler-Antinit steel barrels drilled by Cosmi.
Lumps are Boss-type and the front one is generously dimensioned; the Green closure works inclined, as it has to be, the ejector mechanics, the making of the locks and of the single-double trigger are just a work of art.

Such a wise design has been adorned by A.Gamba e C.Tomasoni. 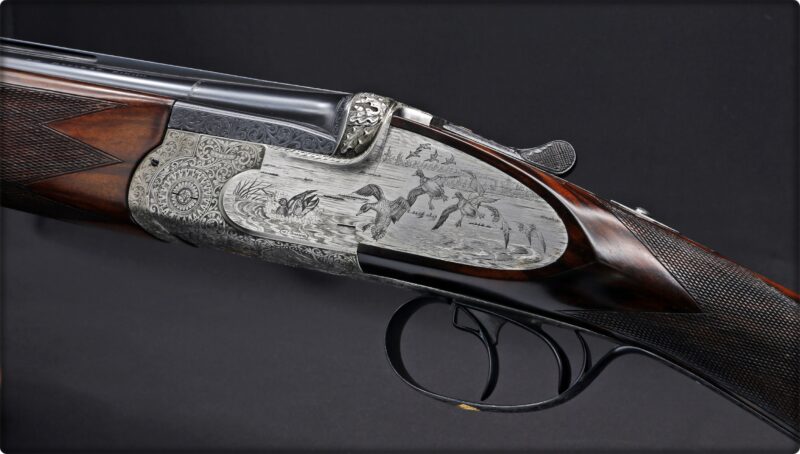